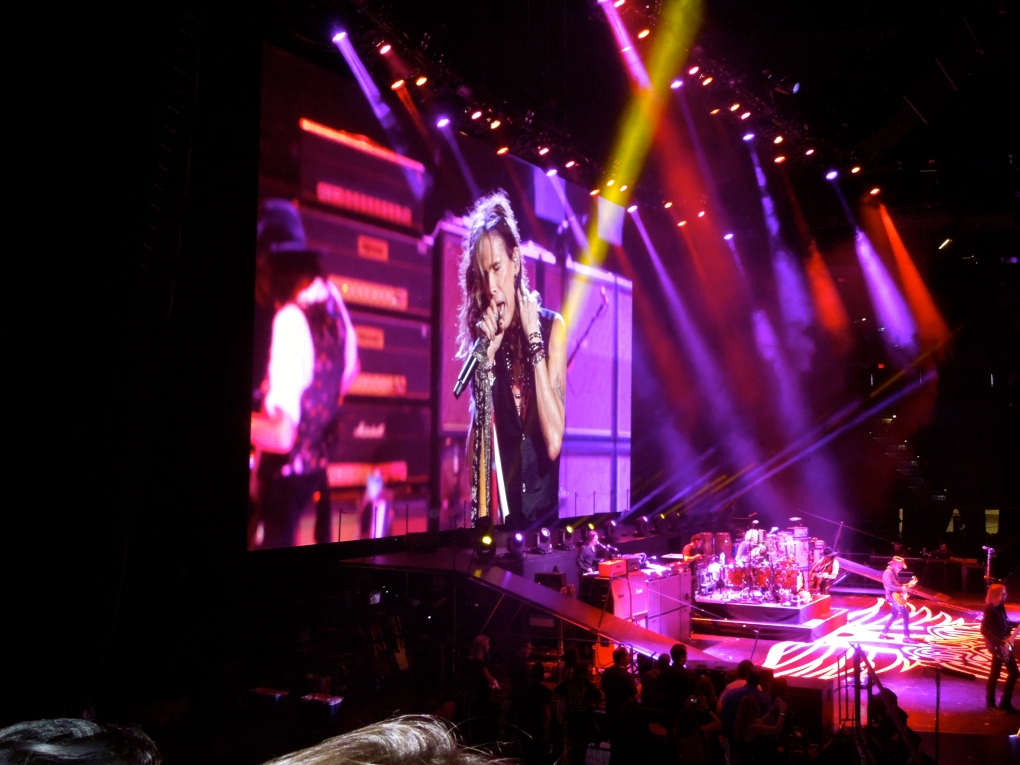 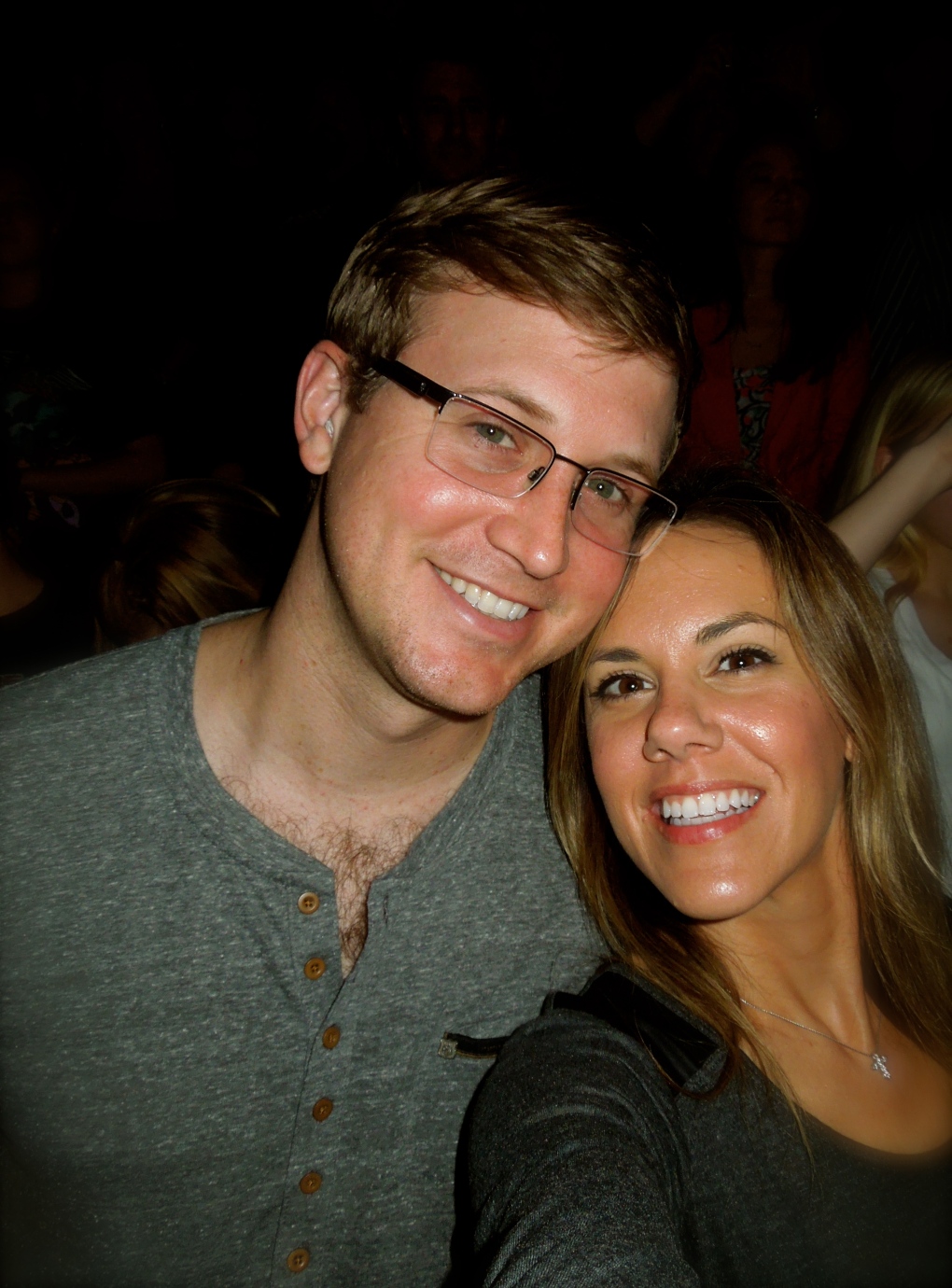 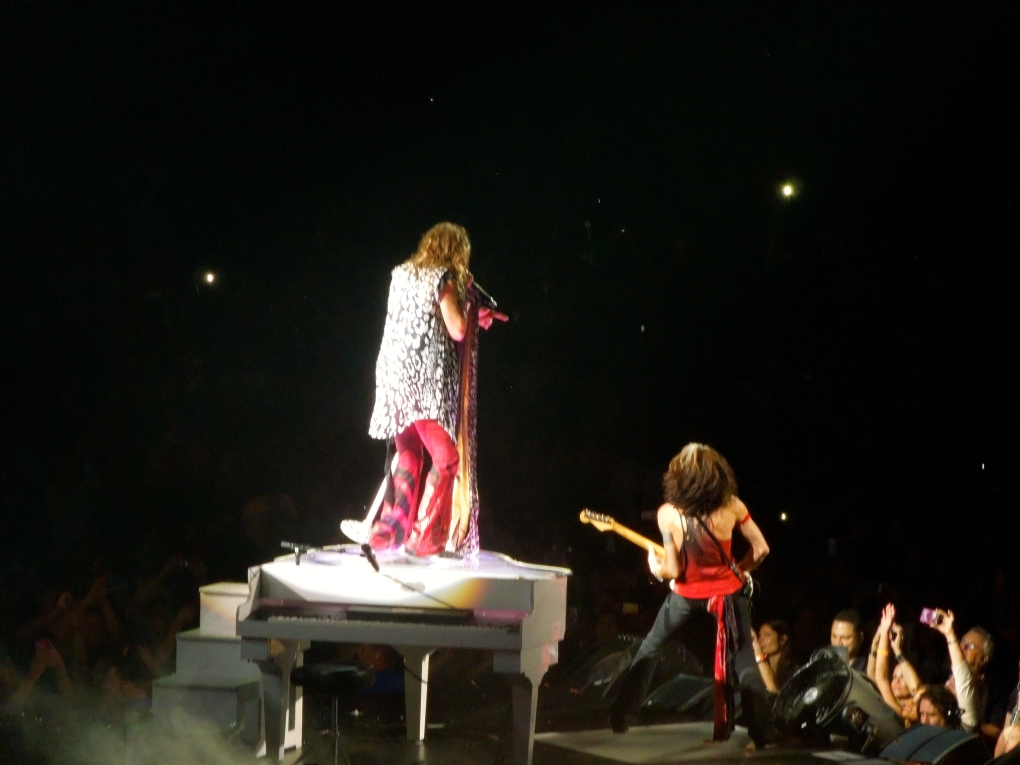 It’s probably the coolest thing about being a grown up… going out on a weekday…  Of course, instead of it being a “school night” it’s a work night, which I’m definitely paying for today, but TOTALLY worth it.  Steven Tyler was just as fabulous as I thought he would be and I loved every second of his electrifying dance moves & that raspy voice!  Aerosmith– I will never miss a show again.  Promise.

The picture below is of the guitar player of Cheap Trick who was the opening act… seriously?!?  That is not an optical illusion, folks! 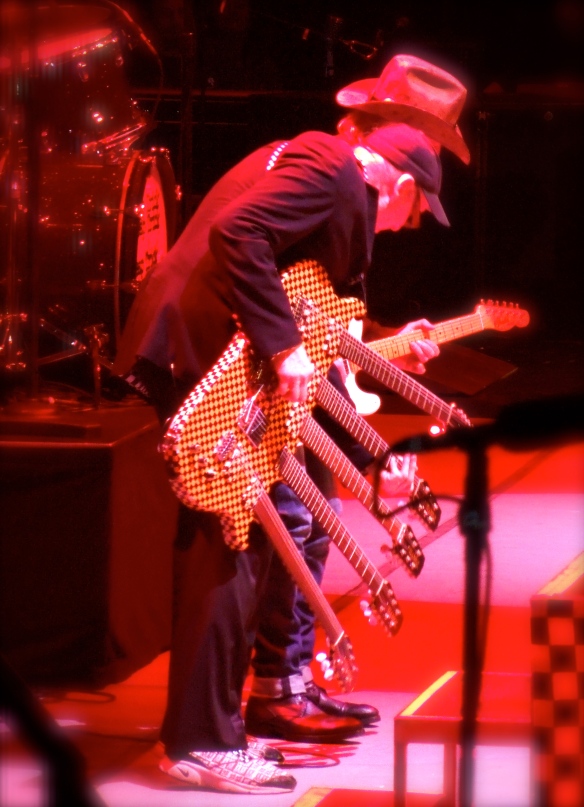 One thought on “Rock Concerts on School Nights”