For those who don’t know, almost 3 years ago, Husband & I bought a house that was built in the year 1920.  The character of our house is not something that you can just recreate with lots of money… it has been developed over many, many years.  The plaster walls, the original hardwoods, the spiral staircase… Gosh, we love everything about our house!… except for the original bathrooms.

Now, the house does have 2.5 baths… so 3 toilets, 3 sinks, 2 lovely (NOT) tubs, and 1 shower.  This is why we need the guest bathroom to be completed before we start the master.  Gotta have a shower!

Well, demolition of the guest bathroom started on Monday. Woo hoo!  After lots of jackhammering: all fixtures are out, the original tile has been removed, and the walls are open for all new plumbing which happens next Monday!  I’m so excited!  Here are some pics of the beautiful work so far ;) :: 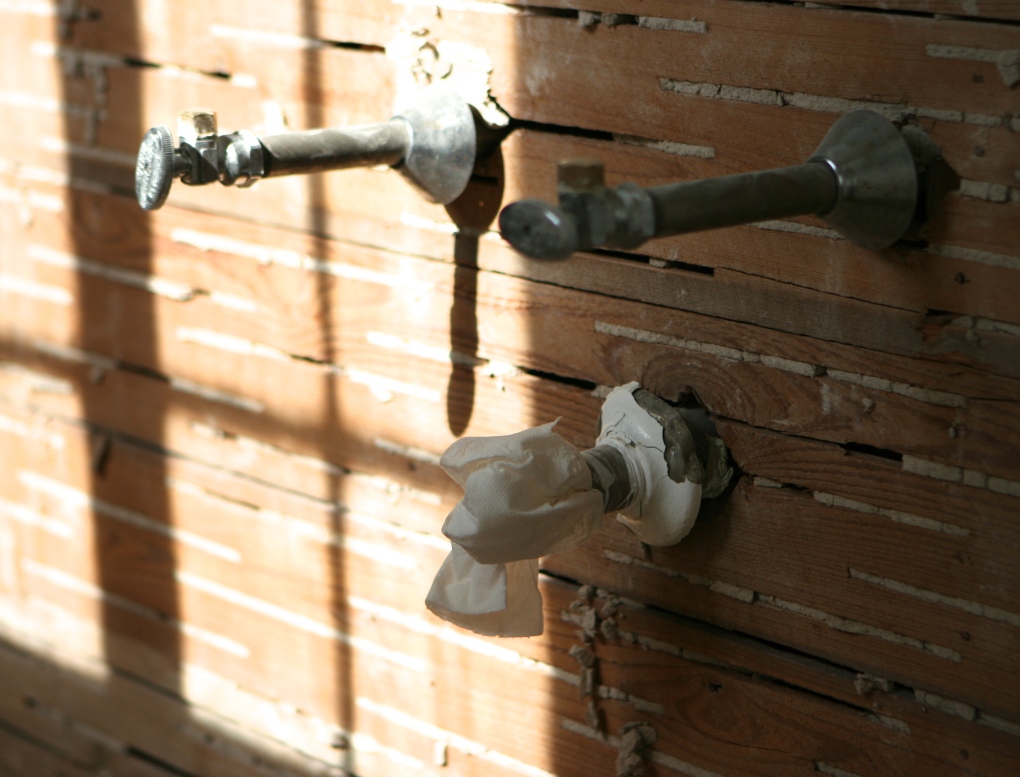 I will be posting the progress over the next few weeks.  The contractor tells me that tile is the longest part of the whole project and that’s not starting until probably late next week, but I think it’s going really well so far.  No major problems yet (surprisingly, I really thought there would be a ton of rotted wood)!  Only casualty so far::  the toilet that we were going to reuse broke during removal… boooooo!

Check back next week for Part 2!